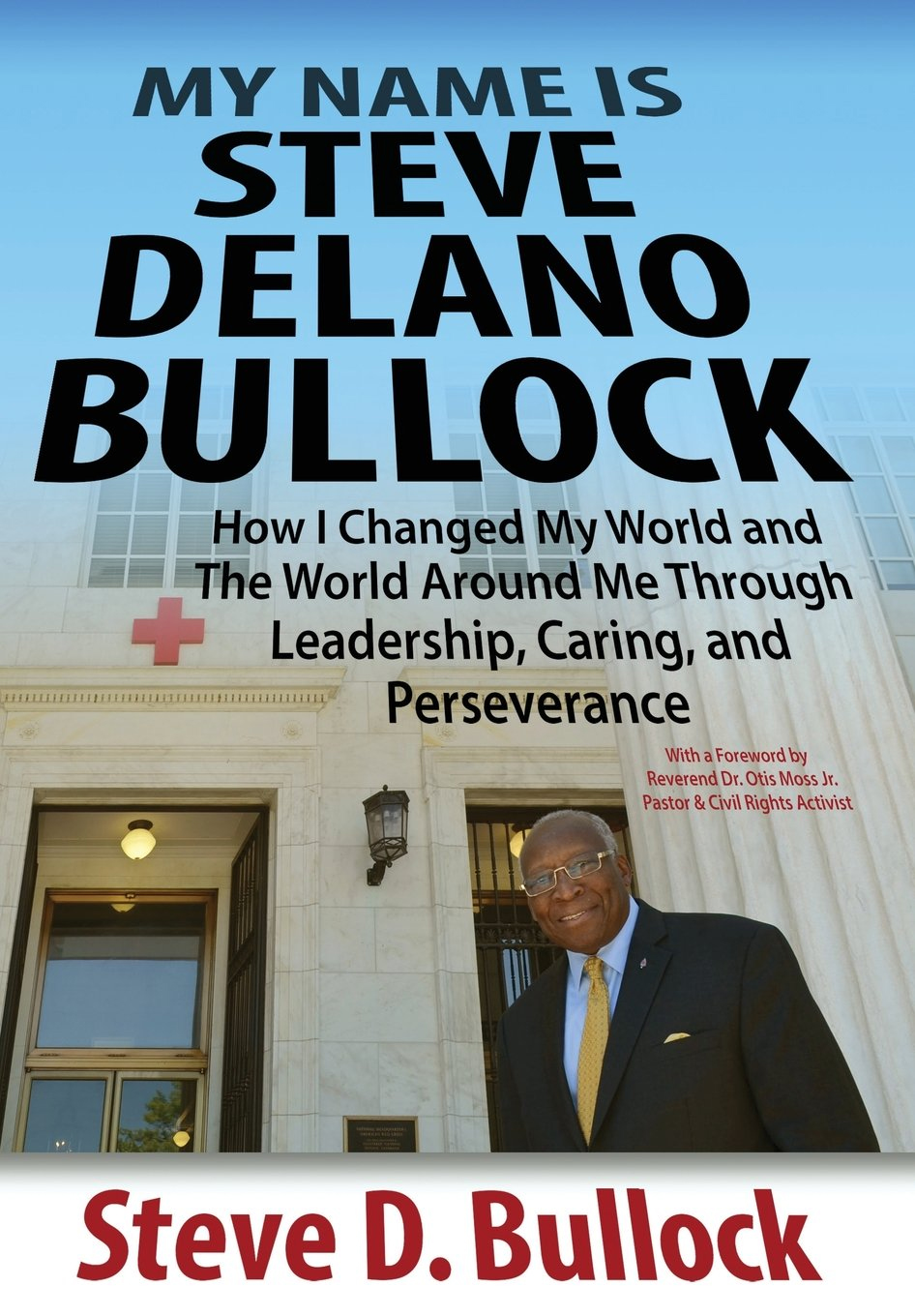 How I Changed My World and the World Around Me Through Leadership, Caring, and Perseverance

My Name Is Steve Delano Bullock: How I Changed My World and the World Around Me Through Leadership, Caring, and Perseverance

Steve D. Bullock spent 38 years with the American Red Cross, culminating with his appointment as Acting President following the departure of Elizabeth Dole. Prior to serving as Acting President of the national organization, he was the Chief Executive Officer of the Greater Cleveland Chapter of the American Red Cross. Under his leadership, the Greater Cleveland Chapter grew to become one of the nation's largest and most successful Red Cross chapters.

Interview with Steve D. Bullock following the release of his memoir: My Name Is Steve Delano Bullock: How I Changed My World and the World Around Me Through Leadership, Caring, and Perseverance. 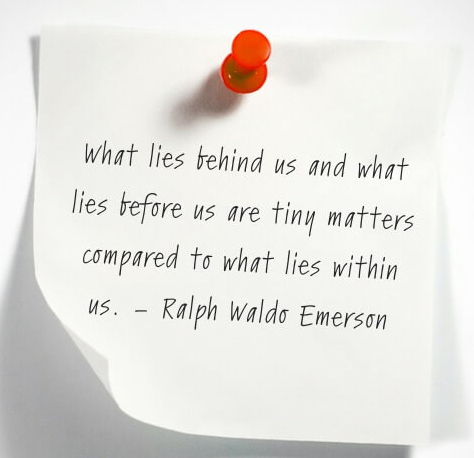 As Acting President of the American Red Cross, Steve D. Bullock culminated 38 years with the organization. This included: CEO of the Greater Cleveland Chapter and State Coordinating Manager for Ohio; as well as Executive Director of the St. Paul, Minnesota Area Chapter and Manager of the Minnesota Wisconsin Division.

Prior to working with the American Red Cross, which included assignments in Europe and Vietnam, he served in the U.S. Army on American soil as a communications specialist. With an MBA from the College of St. Thomas in St. Paul, he is a member of the Board of Trustees for Virginia Union University, where he earned a Bachelor of Arts degree.

A member of Alpha Phi Alpha Fraternity, Inc. and Sigma Pi Phi Fraternity, Inc., he is CEO of The Bullock Group, which provides management consulting for leadership development. The father of three and grandfather of six lives in Cleveland with his wife, Doris. They are members of Antioch Baptist Church, where he is a deacon.

“What lies behind us and what lies before us are small matters compared to what lies within us. And when we bring what is within us out into the world, miracles happen.” ~Ralph Waldo Emerson. No one knows and believes that more than I do. Who you are really matters. 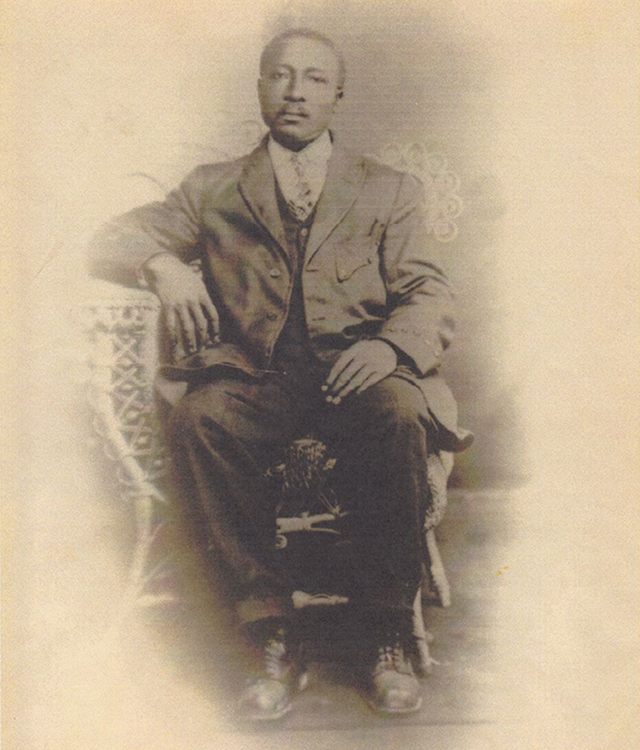 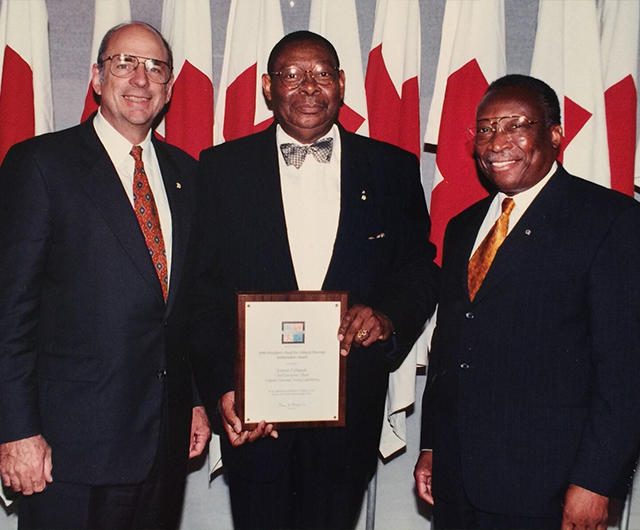 Bullock with Charirman and J Thomas 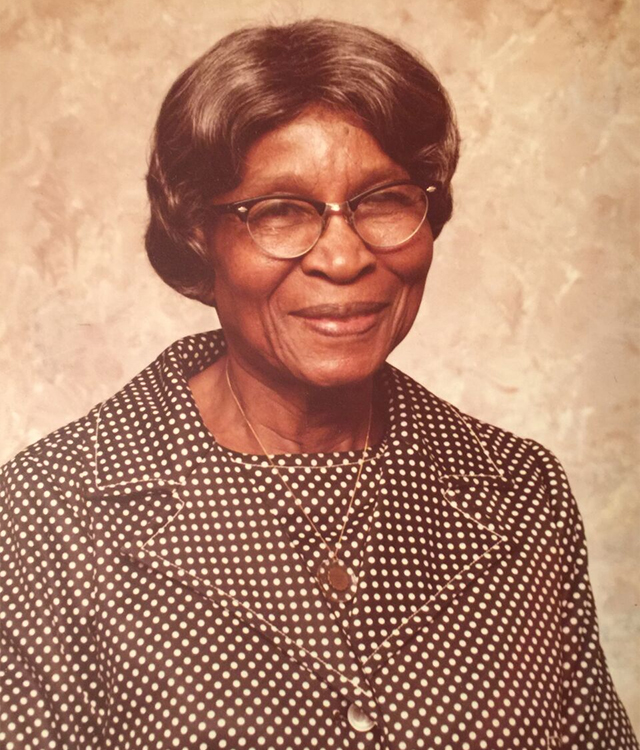 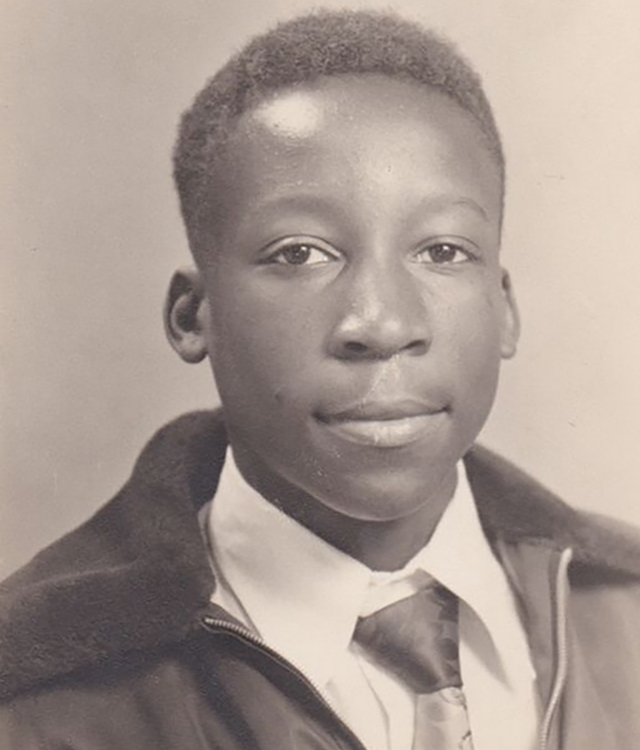 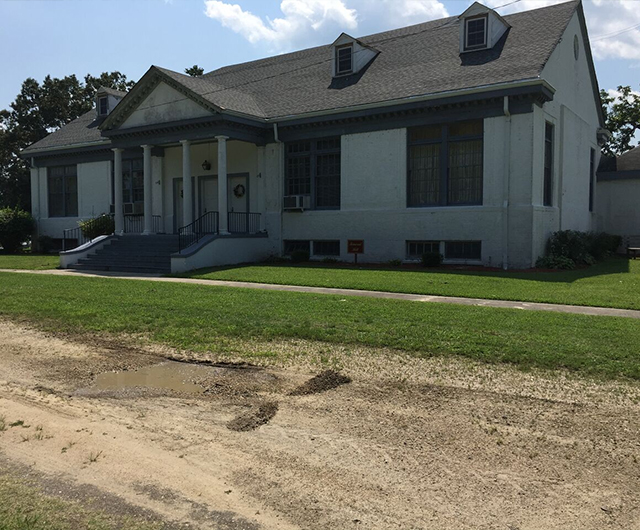 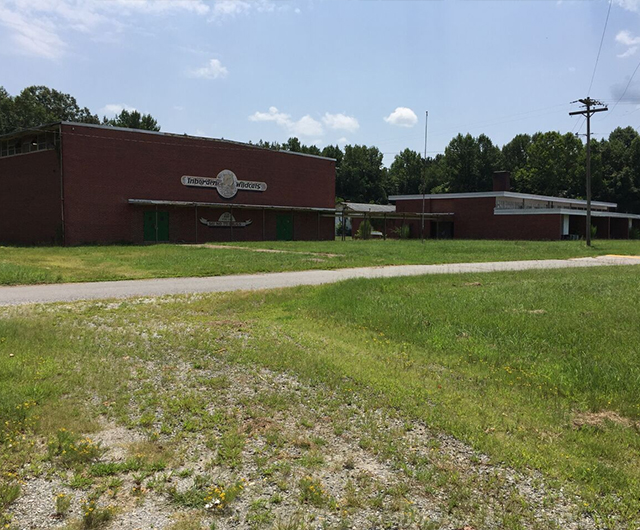 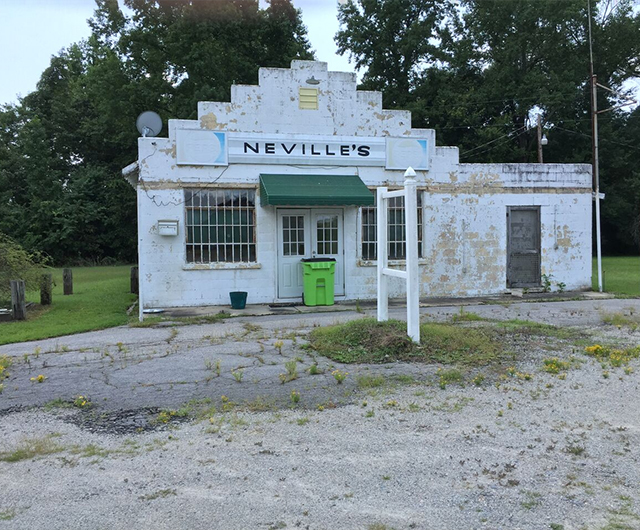 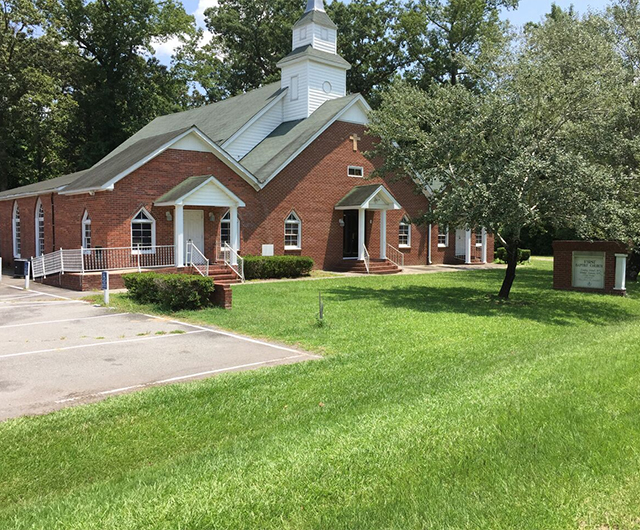 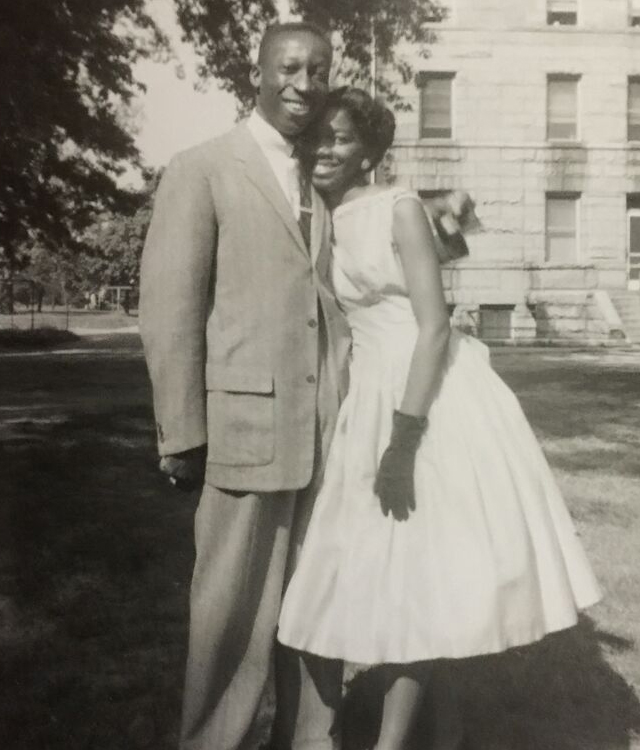 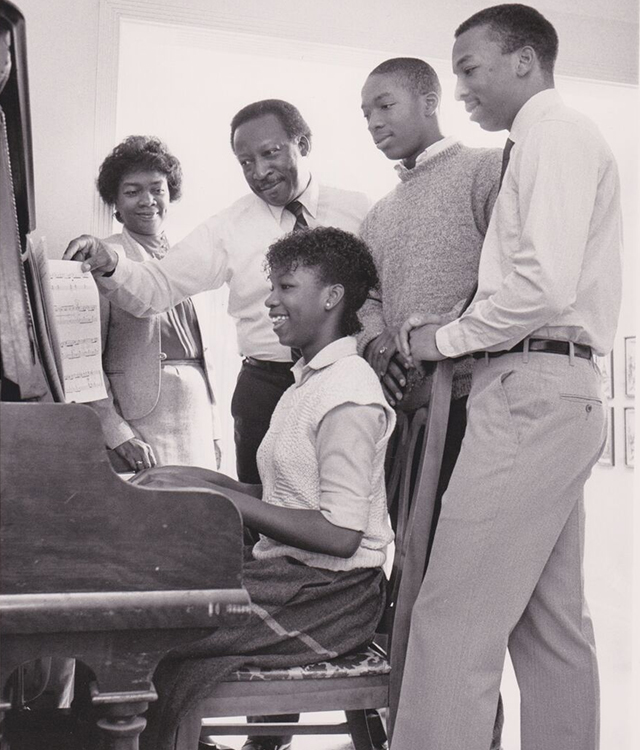 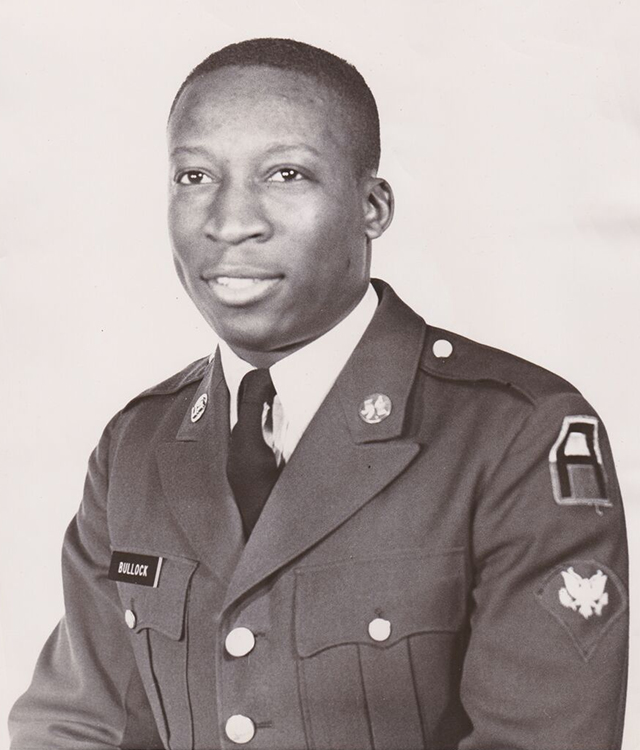 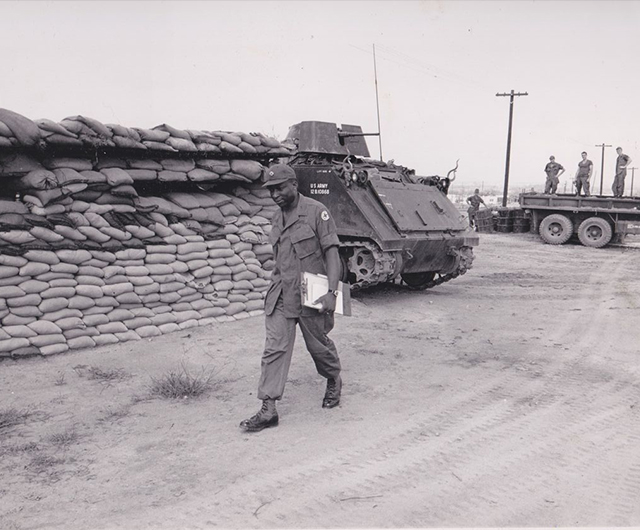 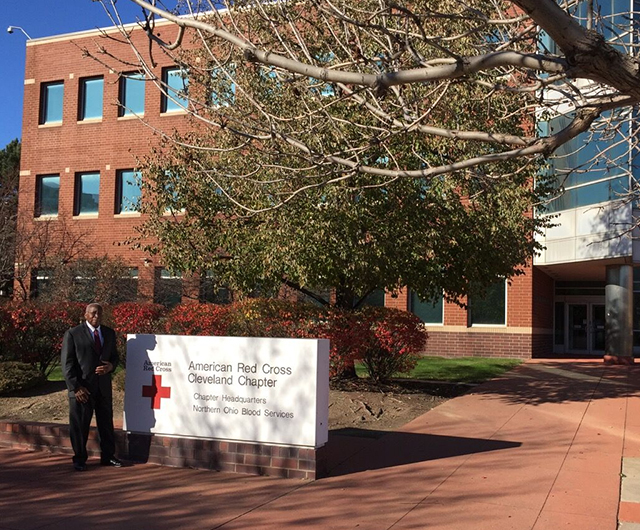 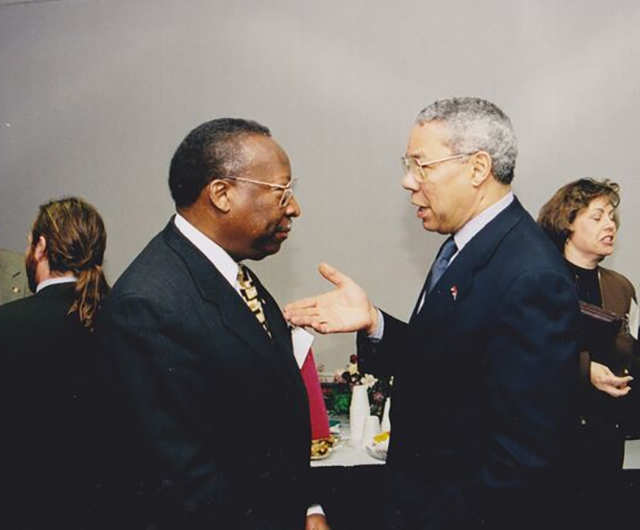 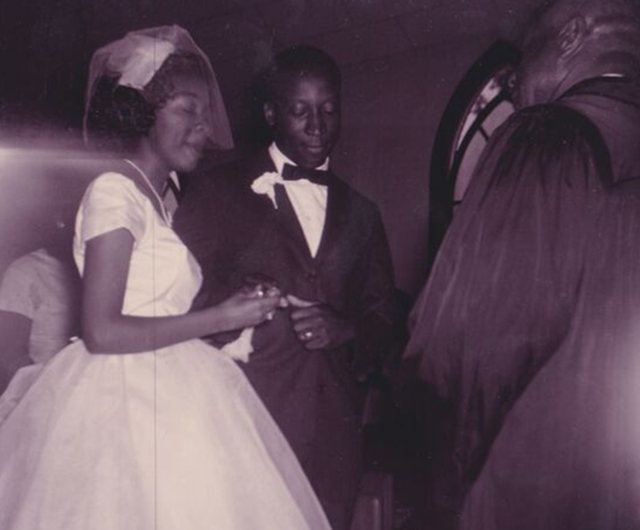 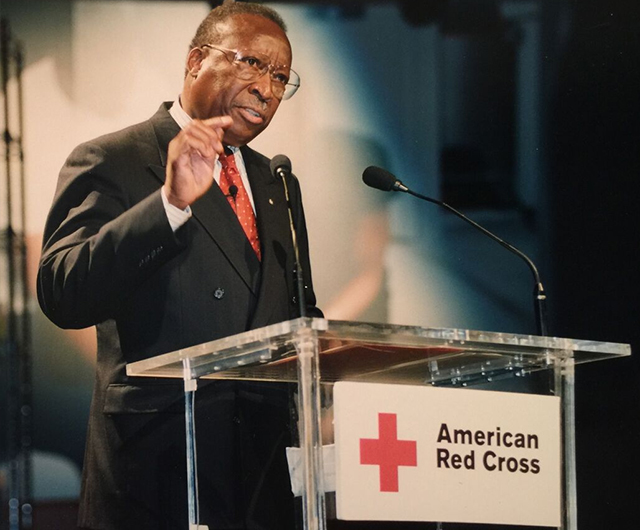 Here's what they're saying about Steve D. Bullock

"Steve is the peacemaker. The country was undergoing changes that coincided with a lot of civil rights activity. In his own way, Steve began to open the Red Cross to the possibility of people of color being engaged at higher and higher levels. He did that without challenging or confronting people, but instead made change through excellent work, careful coaching, and living with situations that people learned to respect. Thanks to his personal style, he made an extraordinarily big difference in terms of how quickly he brought change to the organization. Steve's ascent into leadership roles enabled him to apply a non-work agenda about acceptance and as such was a leader for minorities. He did it in a thoughtful, quiet way that was extraordinarily impressive. All the people who worked for him either liked him or loved him."

"I have to salute a person like Steve Bullock. He is part of that tradition that created a Dr. Martin Luther King, Jr., and a Muhammad Ali, a Mary McCloud Bethune, a Dorothy Height, and a Barack Obama. Steve is an individual of great integrity, great commitment and esteem. I cannot think of anyone over my six decades of public service for whom I have greater respect and admiration than Steve Bullock. We should study his story, learn and teach from his narrative."

"Steve always encouraged me to be myself and to feel that I deserved to take a seat at the all-male leadership table. He was sensitive to my feelings... very thoughtful in helping me feel included and respected. He encouraged me to speak up and add my perspective. He took the time to listen. It sounds so simple, but it was very significant. Some people had confrontational communication styles. But Steve was very principled and thoughtful about different perspectives on the local and national levels. He always said his mother told him to 'make some dust' by making a difference, and Steve was definitely trying to kick up some dust. He was always listening for a way to make things better. We had many difficult days dealing with controversial issues. But Steve had a way of dealing with them in a way that maintained everyone's dignity and integrity."

"Steve led a rebirth of the Red Cross that was extraordinary. Steve was a wonderful, wonderful leader. He provided excellent inspiration and mentoring to many of us. He'll always have a place in the heart of the Red Cross because the organization is only great because of great people, and Steve was definitely one of the greater ones to come and share his talents with the organization."

"When I saw pictures of Steve in Honduras carrying sacks of food on his shoulder, I was amazed that he was doing that during the time of his first 100 days of goals. I thought, 'Oh my gosh, he's acting president and doing all these things, and these photos exemplify his work great work ethic. Steve was hands-on and showed that no job is too small, no matter what your level is in the organization."

"The story of Steve Delano Bullock, above all, demonstrates what someone can do in a quiet, firm and unobtrusive way. That a real leader does not have to bully, bluster and sensationalize in order to make a difference. The book is the story of an exemplary man; and it is well worth the reading and suitable both for the general public and as a potential text at both the 9-12th grade levels, and the collegiate level."

"Thank you for writing this book, which does as fine a job of chronicling the lessons of your leadership as it does teaching and reminding readers about how generations of many African-Americans were raised."


For speech bookings, interviews, and
seminars on leadership topics please call,
email, or complete the form and someone
will contact you for additional details.